Your home is one of your biggest investments, and there are several types of wood infesting insects that can cause serious damage to its structure. This damage is seldom covered under homeowners insurance. Termites damage over 5 million homes in the United States each year, causing over $5 billion in property damage. 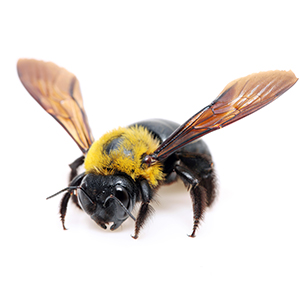 Carpenter bees have black, shiny abdomens, and males have a yellow face while females have a black face. These wood infesting insects get their name from their nesting procedures. They bore holes into decks or other wooden structures. Males carpenter bees are territorial and often become aggressive when humans are near, buzzing around their heads, however, the males have no stinger and can not harm you. Females are capable of giving you a potent sting, but this rarely happens. Carpenter bees prefer weathered, unpainted wood, so treating or painting your wooden structures will provide some protection from them.

Carpenter Ants are relatively large. Known mostly by their size and color, carpenter ants are commonly black, however their color can range from black to red or even solid red. These wood infesting insects have one segment to their waist and a long abdomen containing lightly-colored dull hairs. Though their name suggests otherwise, Carpenter ants do not eat wood, and instead feed on plant juices and other insects. Black Carpenter Ants do bite and can spray formic acid, but they do not possess the ability to sting their prey. Most carpenter ant species establish their first nest in decayed wood and later expand or enlarge this into sound wood. Indoors, nests are located in wood (preferably softened by fungus rot or water damage) in insulation, and/or wall voids. Worker carpenter ants are a nuisance when out searching for food and are also destructive to timbers utilized for nesting activities. Outdoors, nests are typically in rotting fence posts, stumps, old firewood, dead portions of standing trees, and under stones or fallen logs. These wood infesting insects can appear inside or outside homes and structures from spring to fall in central Missouri, and can easily be mistaken for swarming termites when found! 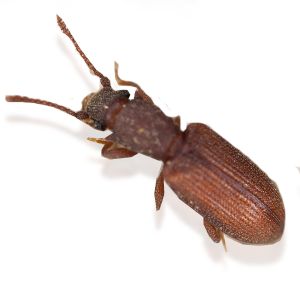 Powderpost beetles are reddish brown to black in color with an elongated, narrow, and flattened body. The hard shell covering their wings are often covered with small hairs. Signs of an infestation include small round exit holes (1/32” – 1/16” in diameter) and very fine piles of dust beneath the exit holes. These wood infesting insects are brought into structures in wood containing their eggs or larvae, such as oak, hickory, ash, and other native hardwoods. 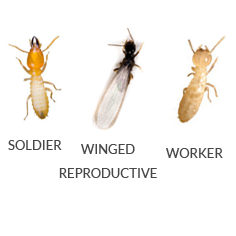 Eastern Subterranean Termites are social insects that come from a colony located underground between 3-12 feet beneath the surface. The colony starts with a king and a queen. The queen can live up to 50 years and can lay an egg about every 15 seconds! From the egg, she’ll produce one of three main members: a worker, soldier, or a reproductive.

Workers can live 4-5 years and continuously forage underground (up to 400 feet around the colony and 30 feet of depth) searching for cellulose. Worker Termites actually consume and defecate the soil to make trails that are pheromone scented. Once they find wood, they consume it, return to their colony and regurgitate it to feed the others. A large colony can consist of over 1 million workers. An established colony can consume the equivalent of approximately 5-15 feet of 2x4s per year!

Termite Soldiers resemble a worker in size but have an orange-brownish head with large mandibles. Their job is to defend the colony, food gathering area, and the workers. Their mouthparts are not designed to directly eat wood and they must be fed regurgitated cellulose by a worker.

Winged Reproductive Termites or “swarmers” are only produced by the queen once the colony is well established, usually, once the colony is 4-5 years old or approximately 100,000 in population. The queen can produce as many as 20,000-30,000 swarmers per year! In the spring, these swarmers will instinctively leave the colony by following active mud trails made by the workers and will emerge from an active termite infested area.

The swarmers will then fly out from the active area and try to get as far away as possible. Swarming termites have been found to fly as far as 1 mile from the swarm sight! Swarmers do not do any direct damage and do not consume cellulose; they are new kings and queens of a potential new colony. Within approximately 2 hours of the initial swarm, these reproductives must disperse, drop their wings, choose a mate, and excavate into the soil before they are eaten by a predator or dehydrate and die.

Contact Steve’s Pest Control for all your pest control needs! 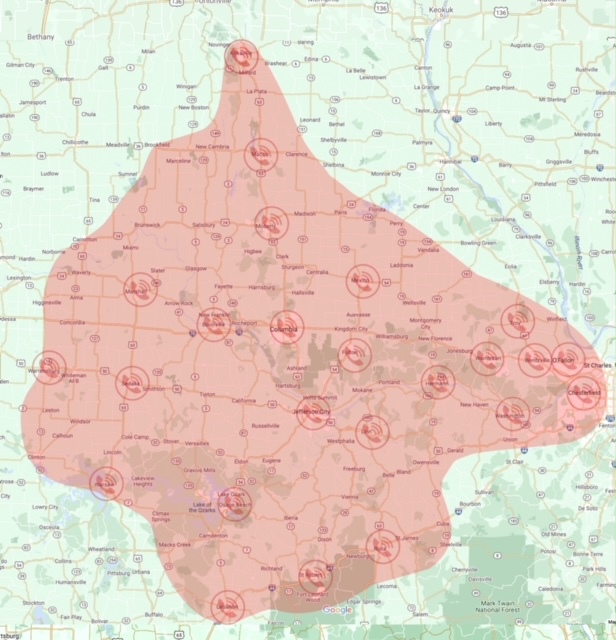